Getting to the heart of (the) matter

Dr. Stefan Schoppmann has a particular interest in a new class of liquid detectors. As a postdoc and holder of a Detection Innovation Fellowship, he has been undertaking the corresponding research at the PRISMA+ Cluster of Excellence since April 2022.

It is a turbid, milky fluid that this 35-year-old physicist and mathematician has his eye on. Opaque liquid scintillator media are assumed to have the potential to open doors to new horizons, particularly in the field of neutrino physics. At the same time, however, they seem to represent a paradox. After all, the scintillator media that are currently in use have to be as transparent as possible so that the scintillation light generated by arriving neutrinos can be easily picked up by the photomultipliers surrounding the detection medium.

“Most people would probably instinctively assume that opacity would be counterproductive,” points out Stefan Schoppmann. “But in our case, it is a part of our concept because we are employing another form of detection. What we want to do is capture the scintillation light as closely as we can to its creation point. The opacity, which confines the flashes of light more or less to where they are produced, helps us to do this. We can then detect the resultant ‘light balls’ using a dense network of optical fibers that transport the signals to the surrounding photon detector.”

Trapped balls of light are the key

The use of opaque detector media can thus be said to constitute a further enhancement of the successful concept of using scintillation light to detect neutrinos. Thanks to the opacity and the in-situ capture of this light – at its heart, as it were – it is much easier to identify which particles cause the scintillation. “This is because the energy deposited to the scintillator medium is very different depending on kind of particle,” explains Schoppmann. “As a result, differing topologies – in other words, light patterns – are created that we can measure with our network of optical fibers and thus reliably differentiate between the particles producing them.” And that’s not all. The scintillation light produced is not registered by a photomultiplier as the total of all such occurrences but each energy deposition is recorded separately.

An example will serve to illustrate this. The characteristic light pattern associated with positrons emitted during an inverse beta decay is quite different to that produced by electrons and so the light generated by these latter can generally be discounted as background events. Hence signals and their causes can be precisely determined, making measurements much more accurate. “It means we can also detect processes that we have been unable to observe to date because perhaps the environment has been made obscure by too many background signals,” concludes Schoppmann. “Consequently, opaque detectors not only have the advantages of conventional liquid detectors but also allow detailed close-up imaging of what is happening.”

‘LiquidO’ is the name of technology and the consortium (of which Stefan Schoppmann is a member) that has pioneered and is investigating the potential of opaque detectors, including the scintillator-based approach, as reported in the Nature’s Communication Physics (see publications at the end of the text). Although the concept was originally designed for use in neutrino physics, it has since become apparent that opaque detectors could well be interesting in connection with other applications, such as positron emission tomography (PET), an imaging technique used in medicine, particularly for the diagnosis of cancers.

And there are other possible uses when it comes to neutrino physics too – for example, in the field of reactor neutrino physics in connection with reactor monitoring, and also in fundamental research. The specific focus here is on the search for the so-called neutrinoless double beta decay, an as yet hypothetical process the detection of which would represent evidence of a new physics beyond the Standard Model, and on the improved detection of solar neutrinos that provide information on what happens within our Sun’s core.

Stefan Schoppmann summarizes his research program over the next three years as follows: “During my postdoctoral research in Heidelberg from 2016 to 2020, we were able to develop the first opaque detector medium – the prototype if you like. I plan to further develop the detector liquid here in Mainz. One of my aims is to improve the homogeneity of the scintillator medium and another is to load metals into it.” In opaque detector media, this would be possible at much higher concentrations than in transparent media. In this form, they would be particularly useful in the hunt for the elusive neutrinoless double beta decay, assuming appropriate metals could be introduced into the scintillation material.

In Mainz, there is already considerable expertise in this area to call upon for these planned experiments, particularly in the case of those working in the "PRISMA Detector Lab". The Laboratory for Scintillation and Fluorescence Detectors (LSFD) offers a vast range of facilities for developing and characterizing scintillation detector media, while there is also plenty of electronic know-how with regard to the use of optical fibers and the interpretation of their signals. Other important links with the PRISMA+ research program take the form of the work groups of Prof. Alfons Weber and Prof. Michael Wurm, both of whom are neutrino physicists involved in major international neutrino research experiments. “When it comes to PRISMA+, together with large apparatus’ available that includes a climate chamber, I have here in Mainz a unique research environment that will doubtless enable me to make significant headway in the development of opaque detectors,” says a confident Stefan Schoppmann.

Stefan Schoppmann studied physics and mathematics in Aachen. He obtained his doctorate there after submitting a dissertation on the Double Chooz Experiment. He subsequently undertook postdoctoral research in Heidelberg and Berkeley before joining the PRISMA+ Cluster of Excellence in April 2022. 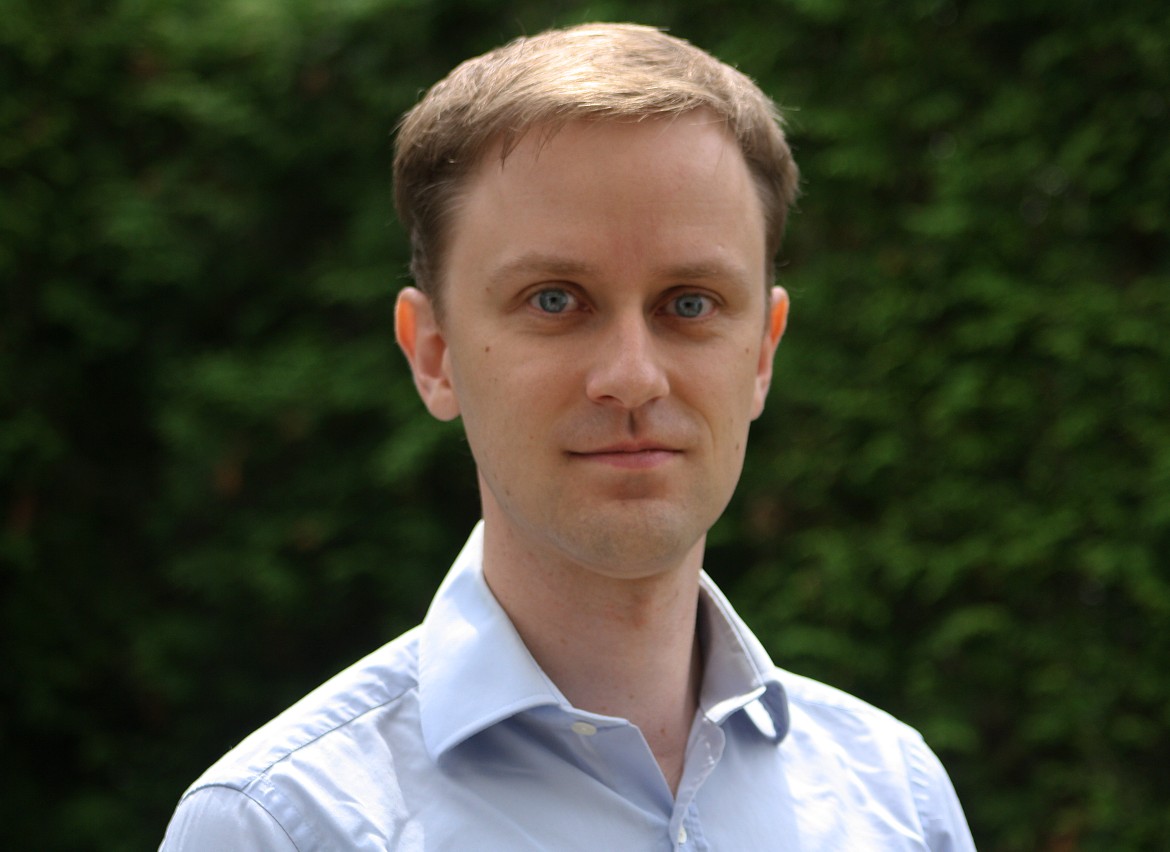